on two-tier workforces in any industry (tho especially tech)

Google uses contract labor, in a manner similar to Amazon; to save money on labor by making employees as disposable as possible. 'People would be asked to leave at a day's notice,' said Danielle. 'We were employed through a subcontractor company and they reserved the right to terminate at any time or for any reason. There was a climate of fear ... People worried about making mistakes that would get them fired, people worried about not being able to keep up with the work quotas the team leadership started making us have to fulfill, [and] people worried that the new leadership wouldn't 'like' them, and that that would get them fired,' she added.

Contractors tend to be much lower than the salaried employees' wages, Danielle explained. 'We didn't really talk about salaries, but there were full-time Google employees doing the same thing as contractors - we just had different statuses. Those employees could make three times what a contractor did. That felt bad.'

Today, too, Silicon Valley is a highly segregated place - at least, when you compare the professional class to other categories of workers. The contract workers who make up its service sector are more likely to be Hispanic: 'While eight percent of direct-hire workers in the tech industry are Hispanic, the number is 35 percent of workers in potentially contracted industries,' wrote reporter Lydia DePillis in the Washington Post. DePillis added that a majority of Silicon Valley blue-collar contract workers - 52.9% - were Hispanic.

Many Silicon Valley tech companies, including Google and Facebook, use the time-tested strategy of employing contract laborers to handle menial labor. Such tactics save the corporations money and preclude them from paying benefits, while keeping the contract worker underclass comprised of precarious, mobile, easy-to-lay-off workers with low wages and high job insecurity. In 2016, 'subcontracted' workers, as they are known, made '70 percent of the salary that in-house workers in similar occupations make, or an average of $40,000 a year compared to $113,300 for directly-hired tech employees,' according to a Washington Post profile of these workers. The former Google subcontractor I spoke to, Danielle, described the gap as even wider, and mentioned some Google employees doing the same work as contractors yet making as much as 3 times what the temps made. 'The subcontractor company ... reserved the right to terminate at any time or for any reason,' she said, adding that she and others were afraid to speak out about their conditions.

Almost everyone else in the bank is considered "back-office" support staff (which includes operations, account services, trade reconciliation, technical support, word processing) and treated as a "cost center", which is understood as a division that depletes money because of the refusal of investment banks to recognize or compute their contributions as part of revenue generation. [...] They are often from middle- and working-class backgrounds, with an overrepresentation of people of color and women, and tend to receive their jobs through employment agencies, vocational and technical training networks, job postings, and word of mouth. Oftentimes, back-office workers are found not in the bank's "headquarters" building at all, but rather in less expensive locations in Brooklyn, other parts of Manhattan, or across the river in Jersey City. [...]

[...] Microsoft outsourced the HR and payroll of its temporary workers to professional staffing agencies, firing workers who refused to be "converted" to temporary status. These agencies provided cheaper labor for Microsoft, as the company was not required to provide benefits or stock options for these permatemps now that they were officially employees of another company. [...] Microsoft argued that these workers had signed contracts indicating that they were temporary workers and not entitled to benefits and were compensated with "higher payer" and "fleixibility". OVer the next few years, Microsoft went to great lengths to differentiate temporary employees from its permanent staff, including different badge colors, different email addresses, lack of discounts at the company store, eliminating parking accessbibility, exclusion from social events, and cerrtainly none of the company's financial and medical benefits. 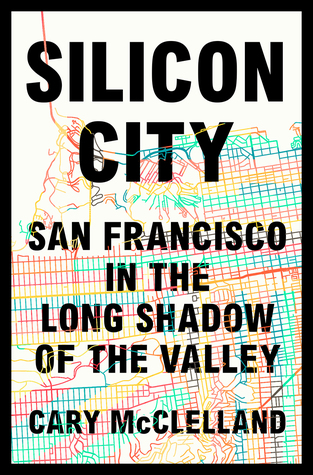 you're either a blue badge or a green badge

There's special events, like the end of the summer, outside with a carnival, If you were a green badge, you were not allowed to go to the picnic, not allowed outside. Since we made the food, we got to eat it anyways - as lunch. But we weren't allowed to go outside and play the games. You could only look. You couldn't touch.

They had it very separetd - by class - as I liked to say, segregated.

Honestly, making those weird little coffee - that was a chance to do something different. Other than that, you were invisible. You were an invisible worker. Things got restocked magically.