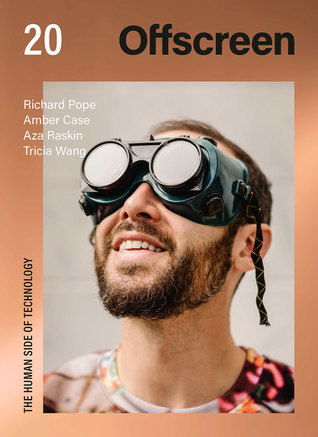 if they're older, maybe they buy a farm

What generally happens when people in tech have made lots and lots of money? They often escape. If they're young, they go to South America and do ayahuasca rituals - they try to find the meaning of life by repurposing somebody else's culture for quick 'insight'. If they're older, maybe they buy a farm. They work on the programming that comes out of the ground: plants and animals. They try to spend the real time it takes to rediscover a sense of identity.

the vast wealth of Silicon Valley

The vast wealth of Silicon Valley - the $100,000 Teslas that zip up and down the freeways, the walled-off estates of the tech titans, the exclusive parties and the expensive restaurants - all of these do not exist because a few smart whiz kids had an idea that they turned into an app. They exist because of people like Audry Bialura in the Congo, Yu Tiang in Shenzen, and Bill Woolcock at the Staffordshire Amazon fulfillment center. Gadgets are forged and shipped through their labour. And for every Mark Zuckerberg, there are 10,000 Yu Tiangs and 100,000 Audry Bialuras upon whom Mark Zuckerberg stands, like a circus performer atop a human pyramid.

In short, the federal money that poured into Silicon Valley was due to a fear of Soviet domination in science and engineering. In the same manner, that fear led to massive increases in defense and science budgets in the United States in the postwar years. Noticing these trends, the engineering dean at Stanford University during this era, Dr. Frederick Terman, fought both to bring in federal grant money as well as to encourage private enterprise ('start-ups' in today's parlance) in the region. Terman had a dream of developing long-standing relationships between universities and the federal government, specifically the military sector. Likewise, he nurtured faculty relationships with tech and defense companies and encouraged them to consult for the same companies.

Terman's efforts marked the birth of a new kind of relationship between a university and the private sector, public-private partnerships, the notion that an ostensibly not-for-profit university might have interests in cultivating private industry profits. Though now public-private partnerships have made collusion between industry and higher education more common, at the time, this relationship was unprecedented. [...]

Faculty members commonly invest in start-ups launched by their students or colleagues. There are probably more faculty millionaires at Stanford than at any other university in the world. [Stanford President] John Hennessy earned six hundred and seventy-one thousand dollars in salary from Stanford last year, but he has made far more as a board member of and shareholder in Google and Cisco. And very often, the wealth created by Stanford's faculty and students flows back to the school.

Terman's efforts spawned a legacy of strange relationships between entrepreneurial students and Stanford faculty - a nepotistic web that many see as inappropriate for a university that, though private, is as a nonprofit supposed to act in the public interest and good. Besides the wealthy professors, the university had benefitted tremendously from its situation at Silicon Valley's center: $1.3 billion worth of royalties have augmented its endowment, harvested via inventions by students, faculty, and researchers.

quote from an article by journalist Ken Auliffe

the pretty people are taking over

[...] Tech writer Jon Evans wrote a eulogy for the Silicon Valley of yesteryear, in which he lamented that:

The tech industry used to be home to a disproportionate number of misfits and weirdos. Geeks. Nerds. People who needed to know how machines worked; needed to take them apart, make them better, and put them back together again. People who existed a little apart from society's established hierarchy ... and often saw that hierarchy as another machine to be deconstructed and improved ...

That is no longer the case. Now that technology is the dominant cultural and economic force of our time, and startup execs have become rock stars, the establishment is flocking to the tech industry. Rap stars and movie stars want to be tech investors ... Tech is becoming the finishing school and springboard for the upper-middle-class, the way law and finance were a decade ago. Now that the tech industry is cool, the pretty people are taking over, flooding out of top-tier universities with MBAs and social graces and carefully-coiffed hair, shouldering the misfits and weirdos out of the way.

ok i take some umbrage with this perspective. the problem is not "pretty people" (which has obvious sexist implications) but capital. and yes, sure, the stereotype of geeks etc is meant to invoke some sort of shelter from capital (people motivated by the technical challenge as opposed to the money) but to suppose a dichotomy between the two is silly. what is mark zuckerberg, then? larry and sergey? are we supposed to root for some of the wealthiest companies on the planet simply because their geek founders are still in control?

he's right that the rise of the "pretty people" marks a shift in the demographic most attracted to tech, as a result of the money flooding into tech. but the problem is capital. "pretty people" are only one symptom of the problem, and in any case geeks can be corrupted by capital, too, not to mention other social forces (cf my 'revenge of the nerds' fragment). the point is not to blame pretty people (as much as they can be easy to blame) because it's not their fault - they're following systemic incentives.

Microsot's innovation wasn't designing an operating system - they simply bought one that already existed, and which was derivative of CP/M, another company's operating system. And it wasn't creating a great product - as its original name suggests, DOS was by no means the best operating system in existence. Rather, the most innovative Microsoft decision, and one which would set its future, was Gates' insistence that Microsoft would be free to license DOS to other hardware companies, not just IBM.

fake it till you make it amirite

the professional-managerial class in Silicon Valley

In terms of the white-collar employees of Silicon Valley, their lack of labor unions is to be expected. Because their wages are comparatively higher, white collar professionals are historically less likely to see themselves as part of an oppressed class of laborers whose work makes money for wealthy CEOs and investors - even if this is technically true. John and Barbara Ehrenreich [...] coined the term 'professional-managerial class' to describe the class of employees who, though performing the same kind of wage-labor, feel a kinship with the rich owners, bosses and managers rather with than [sic] the blue-collar class more likely to be performing manual labor. 'Historically, the [Professional-Managerial Class] have designed and managed capital's systems of social control, oftentimes treating working-class people with a mixture of paternalism and hostility,' they write. [...]

There are many historical examples of professional-managerial class workers at tech companies who were left behind during boom times, while those at the top got rich. One of Apple's earliest employees, Daniel Kottke, was Steve Jobs' 'soul mate' in college, and shared a house with him in the early Apple days. Kottke had worked for Apple when it was still based in a garage. Yet because he was an hourly employee, he was never granted stock options. Prior to Apple's IPO, Kottke pled with Jobs on this topic - Jobs could have very easily granted him 'founder's stock' - but Jobs refused to do anything for his friend. A fellow engineer, Rod Holt, saw the writing on the wall for Kottke and went to Jobs' office to press him on the issue. As Jobs biographer Walter Isaacson documents:

'We have to do something for your buddy Daniel,' [Holt] said, and he suggested they each give him some of their own options. 'Whatever you give him, I will match it,' said Holt. Replied Jobs, 'Okay. I will give him zero.'

Kottke's labor was important in building the company's fortune, though he was one of many left behind. If he had any inclinations that his interests and his former best friend (now boss)'s interests were aligned, his experience with Jobs likely dissuaded him of this notion.

cite this for my book? some more stuff follows on what life was like for early employees at Apple (Doug Menuez reports): Michael Tchao, Ko Isono (who committed suicide)

Today, too, Silicon Valley is a highly segregated place - at least, when you compare the professional class to other categories of workers. The contract workers who make up its service sector are more likely to be Hispanic: 'While eight percent of direct-hire workers in the tech industry are Hispanic, the number is 35 percent of workers in potentially contracted industries,' wrote reporter Lydia DePillis in the Washington Post. DePillis added that a majority of Silicon Valley blue-collar contract workers - 52.9% - were Hispanic.

Many Silicon Valley tech companies, including Google and Facebook, use the time-tested strategy of employing contract laborers to handle menial labor. Such tactics save the corporations money and preclude them from paying benefits, while keeping the contract worker underclass comprised of precarious, mobile, easy-to-lay-off workers with low wages and high job insecurity. In 2016, 'subcontracted' workers, as they are known, made '70 percent of the salary that in-house workers in similar occupations make, or an average of $40,000 a year compared to $113,300 for directly-hired tech employees,' according to a Washington Post profile of these workers. The former Google subcontractor I spoke to, Danielle, described the gap as even wider, and mentioned some Google employees doing the same work as contractors yet making as much as 3 times what the temps made. 'The subcontractor company ... reserved the right to terminate at any time or for any reason,' she said, adding that she and others were afraid to speak out about their conditions.

Back in 1983, an Associated Press article titled 'Labor Unions Are Absent in Silicon Valley' painted a bleak picture of labor in the tech goldmines that is equally true today. [...] The writers quote a labor lawyer who comments that 'the Valley is union free because its companies are very sophisticated in preventative labor relations.' The 'competitive pay and benefits package' of [...] are mentioned as another preventative: as a result of this paternalism, employers feel that their needs are already respected and hence that they have no need for a union, even though their salaries, working conditions, and benefits could be enhanced by unionization.

he goes on to cite the wage-fixing scandal, and the for-employee profits generated by companies like apple ... i dont like this line of reasoning. the profits are rent, and the use of "employees" as the denomninator elides the contribution of people who are not full-time employees (subcontractors, or employees of an intermediary company somewhere down the value chain) who are definitely paid much less than the average