"These things are the violent end of American advertising, kid," J.D. grimaces critically at the dusty, well-traveled crud in the blurred Baggie. "Advertising embodied."

Sternbeg horrified for real: "What?"

the "Sternbeg" is a typo (I think?) in the book. the idea of him reacting so strongly to the word "embodied" that's brought up innocently by someone else is nice

[...] when wars are fought, perfectly normal people fight them. Alongside the heroes and martyrs, sergeants and generals, there are the millions of average young people who simply tumble into it, their childhood barely behind them. Harvey was one those. A working-class lad from East Croydon at a loose end. [...]

"one those" is a typo in the original 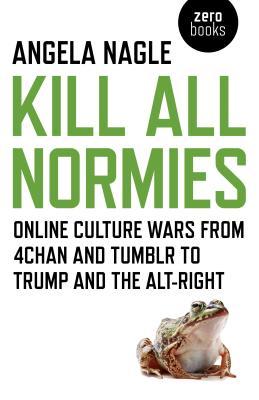 where was the editor here

—p.13 Chapter One: The leaderless digital counter-revolution (10) by Angela Nagle 4 years, 5 months ago

[...] Commenters on her blog began harassing and threatening her en mass [...]

—p.16 Chapter One: The leaderless digital counter-revolution (10) by Angela Nagle 4 years, 5 months ago

on a 4chan IRC

Quinn found and recorded some of the conversations that took place on a 4chan IRC called 'burgersandfries' [...]

"on a 4chan IRC" is like saying "on a tumblr Facebook" ... IRC is the protocol; #burgersandfries is the name of the channel on a specific server (Rizon) that seems to have been created by people who also use 4chan

—p.22 Chapter One: The leaderless digital counter-revolution (10) by Angela Nagle 4 years, 5 months ago

Cap and trade doesn't disciple capital; it coddles it. It does alarmingly little to force a sharp break from fossil fuel dependence. In fact, it actually establishes barriers to the comprehensive zero-carbon transition we need by giving big emitters an easy out. Instead of making the big, risky investments necessary to ditch carbon-intensive technologies outright, they can simply purchase cheap offset credits from other countries, deferring the vital work of building a carbon-free future.

peon to a pin factory

[...] Adam Smith had been so impressed with the miracle of the division of labour that he opens The Wealth of Nations with an unlikely peon to a pin factory. [...]

I'm sorry but this is hilarious, he definitely means paean here 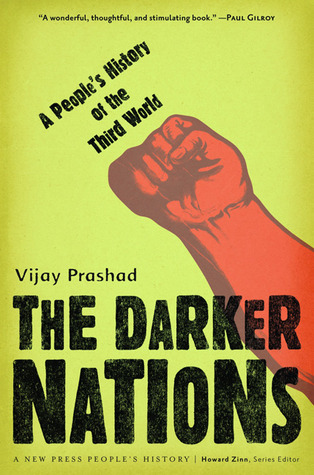 the First and Second Worlds

[...] In March 1946, the former British premier Winston Churchill had declared that an "Iron Curtain" had descended across Europe, from the Baltic to the Adriatic, and it had divided the former allies into two distinct blocs. Churchill said this during a long speech in the United States, primus in­ter pares of the First World. This First World or the "West" was formed by states, notably the United States and those of Western Europe, that pledged themselves to partly regulated market capitalism and would, in 1949, form the North Atlantic Treaty Organization (NATO).

The Second World rejected market capitalism for socialist planning, and it generally worked in collusion with the largest socialist state, the USSR. "Warsaw, Berlin, Prague, Vienna, Budapest, Belgrade, Bucharest and Sofia: all these famous cities and the populations around them," Churchill told the students at Westminster College in Fulton, Missouri, "lie in what I must call the Soviet sphere, and all are subject, in one form or another, not only to Soviet influence but to a very high and in some cases increasing measure of control from Moscow."

The First and Second Worlds fell out openly when U.S . president Harry S. Truman announced his support for the anticommunist forces in Turkey and Greece (1946), the Central Intelligence Agency (CIA) helped the conservatives defeat the popular Communists in the Italian and French elections of 1947, the USSR forced the Eastern European states into its orbit, and the animosity attained dramatic proportions during the First World's blockade of Berlin in June 1948. In this melee, an adviser to Truman (Bernard Baruch) used the term " Cold War" to describe the conflict, and a columnist (Walter Lippmann) made the phrase widely known.

The phrase "East-West conflict" distorts the history of the Cold War because it makes it seem as if the First and Second Worlds confronted each other in a condition of equality. In an insightful article from 1968, the Swedish sociologist Goran Therborn wrote, "The Cold War was a fundamentally unequal conflict, that was presented and experienced on both sides as being equal." The USSR and the United States portrayed each other as equivalent adversaries, although the former had an economic base that was far inferior to the latter. Despite the great advances of the Soviet regime in the development of the various republics, the USSR began its history with a battered feudal economy that was soon ravished by a civil war and, later, the ferocious assaults of the Nazi war machine. In 1941, both the United States and the U S S R had populations of about 130 million, but whereas the United States lost upward of four hundred thousand troops in the war, the Soviets lost between twenty and thirty million troops and civilians. The Great Patriotic War devastated the USSR's economy, population, and capacity to rebuild itself. Further­more, the imperatives of rapid development tarnished the ideals of Soviet society since its population went into a severe program to build its productive base at the expense of most internal freedoms. [...]

just a useful history/definition of the concepts

I think "ravished" is supposed to be "ravaged" though?

To have one’s consciousness raised is not merely to become aware of facts of which one was previously ignorant: it is instead to have one’s whole relationship to the world shifted. The consciousness in question is not a consciousness of an already-existing state of affairs. Rather, consciousness-raising is productive. It creates is a new subject – a we that is both the agent of struggle and what is struggled for. At the same time, consciousness-raising intervenes in the ‘object,’ the world itself, which is now no longer apprehended as some static opacity, the nature of which is already decided, but as something that can be transformed. This transformation requires knowledge; it will not come about through spontaneity, voluntarism, the experiencing of ruptural events, or by virtue of marginality alone. Hence Hartsock’s concept of standpoint epistemology, which maintains – following Lukács and Marx – that subjugated groups potentially have an access to knowledge of the whole social field that the dominant group lacks. Members of subjugated groups do not however automatically possess this knowledge as of right – it can only be accessed once group consciousness is developed. According to Hartsock “the vision available to the oppressed group must be struggled for and represents an achievement which requires both science to see beyond the surface of the social relations in which all are forced to participate, and the education which can only grow from struggle to change those relations.” 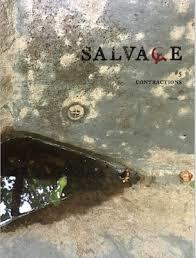 all has to be rebuilt

[...] Like Dionysus in Greek mythology, Lenin could reborn. This is not an announcement of victory; it is a socialist wager, based on the recognition that all has to be rebuilt.

damn. good section ending (if we ignore the missing "be" before "reborn"). worth thinking about more - the cyclical nature of things? destroying, rebuilding?