It strikes me when I reread this beautiful story how poor we are at tracing literary antecedents, how often we assume too much and miss obvious echoes. Lazily we gather writers by nations, decades and fashions; we imagine Wallace the only son of DeLillo and Pynchon. In fact, Wallace had catholic tastes, and it shouldn't surprise us to find, along with Sartre, traces of Larkin, a great favorite of his. Wallace's fear of automatism is acutely Larkinesque ("a style/Our lives bring with them: habit for a while/Suddenly they harden into all we've got"), as is his attention to that singular point in our lives when we realize we are closer to our end than our beginning. When Wallace writes, At some point there has gotten to be more line behind you than in front of you," he lends an indelible image to an existential fear, as Larkin did memorably in "The Old Fools:" "The peak that stays in view wherever we go / For them is rising ground." Then there's the title itself, "Forever Overhead": a perfectly accurate description, when you think about it, of how the poems "High Windows" and "Water" close. That mix of the concrete and the existential, of air and water, of the eternal submerged in the banal. And boredom was the great theme of both. But in the great theme there is a difference. Wallace wanted to interrogate boredom as a deadly postmodern attitude, an attempt to bypass experience on the part of a people who have become habituated to a mediated reality. [...]

reminds me of how much I love High Windows. the title alone is perfect

our character that's being investigated

[...] There are times when reading Wallace feels unbearable, and the weight of things stacked against the reader insurmountable: missing context, rhetorical complication, awful people, grotesque or absurd subject matter, language that is--at the same time!--childishly scatological and annoyingly obscure. And if one is used to the consolation of "character," well then Wallace is truly a dead end. His stories simply don't investigate character; they don't intend to. Instead they're turned outward, toward us. It's our character that's being investigated. [...]

this is referenced in note with pk 279

how do I recognize that other people are real

There is a weird ambient sameness to Wallace's work. He was always asking essentially the same question. How do I recognize that other people are real, as I am? And the strange, quasi-mystical answer was always the same, too. You may have to give up your attachment to the "self." [...]

Death Is Not The End

[...] It's about as far from an autobiographical portrait of Wallace as one can imagine, but it's fueled with a disgust that feels somehow personal. Wallace was constitutionally hard on himself, apparently compelled to confess not only to who he was but to who he dreaded being or becoming. [...] he is truly selfhood expressed to its unbearable fullness. We get a meticulous description of his self, the exact spot in which he sits (in a lounge, by a pool, in a garden) as well as exact coordinates in relation to the sun (as if it revolved around him). [...] Wallace annihilates him. God help the man who has chosen to worship himself! Whose self really is no more than the awards he has won, the prestige he has earned, the wealth he has amassed. [...]

[...] DFW's writing reflects an attitude that is lovely: a touching, and for the most part well-founded, belief that you can explain anything with words if you work hard enough and show your readers sufficient respect. [...]

As an explanation for milder allergic reactions--and, having proselytized DFW's writing to many friends over the years, I've seen a few--some readers posit (often vaguely and fretfully) that there is some archness or smart-assery in DFW's literary style. This, to me anyway, is an unsupportable conclusion, given the obvious love that DFW brings to what he's writing about, and his explicitly stated opposition to irony-as-lifestyle in his essay E Unibus Pluram. Why do people see it when it's not there? It's something to do with the fact that his conspicuous verbal talent and wordplay create a nagging sense among some readers that there's a joke here that they're not getting or that they are somehow being made fools of by an agile knave. Which DFW was not.

So in reading Everything and More, cleverness or verbal pyrotechnics or archness are not the emotional tone that comes through to me, but a kind of open-soulness and desire to connect that were touching before, and heartbreaking after, David Foster Wallace succumbed, at the age of 46 to a cruel and incurable disease. Because of this we will not have the opportunity to enjoy and profit from many other explanations that it was in his power to supply on diverse topics, lofty and mundane, and so we must content ourselves with what he did leave behind--an impossibility given the pleasure and the insight he gave us in Everything and More, and his obvious ability to have provided much more, had fortune treated him with as much consideration as he did his readers.

something that i'd like to capture in my from-first-principles posts!

also, the "in his power" could be a sly reference to his undergraduate thesis in philosophy :D 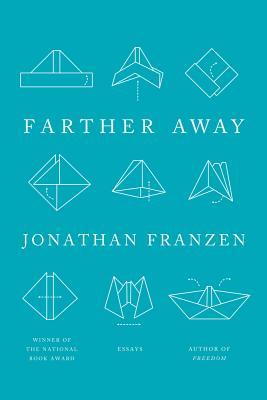 stranded on his or her own existential island

The curious thing about David's fiction, though, is how recognized and comforted, how loved, his most devoted readers feel when reading it. To the extent that each of us is stranded on his or her own existential island--and I think it's approximately correct to say that his most susceptible readers are ones familiar with the socially and spiritually isolating effects of addiction or compulsion or depression--we gratefully seized on each new dispatch from that farthest-away island which was David. At the level of content, he gave us the worst of himself: he laid out, with an intensity of self-scrutiny worthy of comparison to Kafka and Kierkegaard and Dostoyevsky, the extremes of his own narcissism, misogyny, compulsiveness, self-deception, dehumanizing moralism and theologizing, doubt in the possibility of love, and entrapment in footnotes-within-footnotes self-consciousness. At the level of form and intention, however, this very cataloguing of despair about his own authentic goodness is received by the reader as a gift of authentic goodness: we feel the love in the fact of his art, and we love him for it.

a lifelong prisoner on the island of himself

[...] If love is nevertheless excluded from his work, it's because he never quite felt that he deserved to receive it. He was a lifelong prisoner on the island of himself. What looked like gentle contours from a distance were in fact sheer cliffs. Sometimes only a little of him was crazy, sometimes nearly all of him, but, as an adult, he was never entirely not crazy. What he'd seen of his id while trying to escape his island prison by way of drugs and alcohol, only to find himself even more imprisoned by addiction, seems never to have ceased to be corrosive of his belief in his lovability. Even after he got clean, even decades after his late-adolescent suicide attempt, even after his slow and heroic construction of a life for himself, he felt undeserving. And this feeling was intertwined, ultimately to the point of indistinguishability, with the thought of suicide, which was the one sure way out of his imprisonment; surer than addiction, surer than fiction, and surer, finally, than love.

We who were not so pathologically far out on the spectrum of self-involvement, we dwellers of the visibile spectrum who could imagine how it felt to be beyond violet but were not ourselves beyond it, could see that David was wrong not to believe in his lovability and could imagine the pain of not believing in it. How easy and natural love is if you are well! And how gruesomely difficult--what a philosophically daunting contraption of self-interest and self-delusion love appears to be--if you are not! And yet one of the lessons of David's work (and, for me, of being his friend) is that the difference between well and not well is in more respects a difference of degree than of kind. [...]

fiction was his way off the island

[...] He'd loved writing fiction, Infinite Jest in particular, and he'd been very explicit, in our many discussions of the purpose of novels, about his belief that fiction is a solution, the best solution, to the problem of existential solitude. Fiction was his way off the island, and as long as it was working for him--as long as he'd been able to pour his love and passion into preparing his lonely dispatches, and as long as these dispatches were coming as urgent and fresh and honest news to the mainland--he'd achieved a measure of happiness and hope for himself. When his hope for fiction died, after years of struggling with the new novel, there was no other way out but death. [...]

quitting Nardil being spurred by a bunch of different things: potential food poisoning, wanting control, feeling blocked in his work

in this ghastly Chinese restaurant

[...] The day I bought BIWHM at the Community Bookstore in Brooklyn, I was still reeling from having been recently left by my fiancee (I even spontaneously asked out the girl who rang the book up; she said no), and was basically spending ungodly amounts of time alone. I went to the movies alone, ate dinner alone, went to the park alone; I was a bouquet of loneliness, irradiated by grief and bewilderment, and this book, which is also irradiated by a different kind of grief and bewilderment, felt in this midst of this self-loathing megalomania somehow aimed at me. [...] I read "Octet" in a Chinese restaurant in Chelsea, and something about Wallace's direct address of the reader, in which he admits that this maneuver is doomed to make him appear "fundamentally lost and confused and frightened and unsure about whether to trust even [his] most fundamental intuitions about urgency and sameness and whether other people deep inside experience things in anything like" the way he, David Foster Wallace, does--well ... can I ask for a critical full-stop here? Can I say something not smart or interesting or James Woodian at all, and just tell you that, reading those words, in this ghastly Chinese restaurant, I put the book down and started to cry? I was lost, and confused, and frightened, and the one person I thought I knew better than anyone, my fiancee, had now revealed to me that, in fact, I knew nothing and no one, not at all, and there I was, as desperate as some kenneled animal, and who do I see beside me, equally caged, but a writer I admired and loved as much as any in this world? It was terrifying as well as heartening, and so my relationship to this book, which I love very much is caught up in the ganglia of a profoundly miserable time in my life, which makes it difficult to talk about on a purely literary level. It is like asking me to describe the fabric of the life jacket I was wearing when I was pulled out of the Atlantic Ocean after being lost at sea for five weeks. [...]

this is heartbreaking and, weirdly, reminds me of Jonathan Franzen