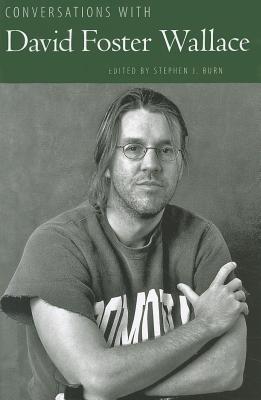 on American Psycho and the role of fiction

[...] Look, if the contemporary condition is hopelessly shitty, insipid, materialistic, emotionally retarded, sadomasochistic and stupid, then I (or any writer) can get away with slapping together stories with characters who are stupid, vapid, emotionally retarded, which is easy, because these sorts of characters require no development. With descriptions that are simply lists of brand-name consumer products. Where stupid people say insipid stuff to each other. If what's always distinguished bad writing—flat characters, a narrative World that's cliched and not recognizably human, etc.—is also a description of today's world, then bad writing becomes an ingenious mimesis of a bad world, If readers simply believe the world is stupid and shallow and mean, then Ellis can write a mean shallow stupid novel that becomes a mordant deadpan commentary on the badness of everything. Look man, we'd probably most of us agree that these are dark times, and stupid ones, but do we need fiction that does nothing but dramatize how dark and stupid everything is? In dark times, the definition of good art would seem to be art that locates and applies CPR to those elements of what's human and magical that still live and glow despite the times' darkness. Really good fiction could have as dark a worldview as it wished, but it'd find a way both to depict this dark world and to illuminate the possibilities for being alive and human in it. You can defend Psycho as being a sort of performative digest of late-eighties social problems, but it's no more than that.

[...] Fiction's about what it is to be a fucking human being. If you operate, which most of us do, from the premise that there are things about the contemporary U.S. that make it distinctively hard to be a real human being, then maybe half of fiction's job is to dramatize what it is that makes it tough. The other half is to dramatize the fact that we still are human beings, now. Or can be. This isn't that it's fiction's duty to edify or teach, or to make us good little Christians or Republicans. I'm not trying to line up behind Tolstoy or Gardner. I just think that fiction that isnt exploring what it means to be human today isn't good art. We've got all this "literary" fiction that simply monotones that we're all becoming less and less human, that presents characters with souls or love, characters who really are exhaustively describable in terms of what brands of stuff they wear, and we all buy the books and go like "Golly, what a mordantly effective commentary on contemporary materialism!" But we already all know U.S. culture is materialistic. This diagnosis can be done in about two lines. It doesn't engage anybody. What's engaging and artistically real, is, taking it as axiomatic that the present is grotesquely materialistic, how is it that we as human beings still have the capacity for joy, charity, genuine connections, for stuff that doesn't have a price? And can these capacities be made to thrive? And if so, how, and if not, why not?