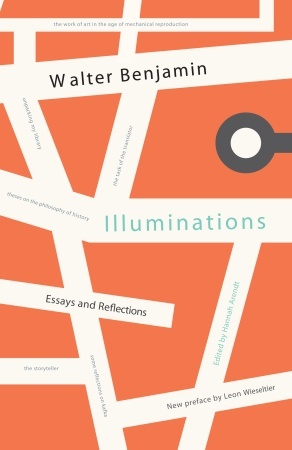 a loneliness which pulls the world down into its vortex

Since the spiritual exercises of Loyola there has hardly been a more radical attempt at self-absorption. Proust's, too, has as its center a loneliness which pulls the world down into its vortex with the force of a maelstrom. And the overloud and inconceivably hollow chatter which comes roaring out of Proust's novels is the sound of society plunging down into the abyss of this loneliness. This is the location of Proust's invectives against friendship. It was a matter of perceiving the silence at the bottom of this crater, whose eyes are the quietest and most absorbing. Something that is manifested irritatingly and capriciously in so many anecdotes is the combination of an unparalleled intensity of conversation with an unsurpassable aloofness from his partner. There has never been anyone else with Proust's ability to show us things; Proust's pointing finger is unequaled. But there is another gesture in amicable togetherness, in conversation: physical contact. To no one is this gesture more alien than to Proust. He cannot touch his reader either; he could not do so for anything in the world. [...]