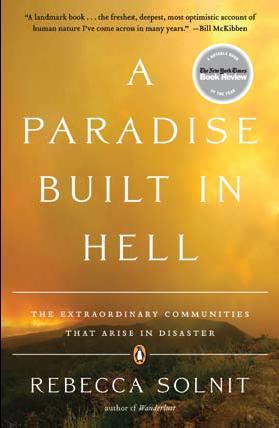 people at that moment felt a solidarity

It's not as though hunger did not exist in San Francisco before April 18, though it was less visible and less widespread; the city was in 1906 a many-tiered society with enormous opulence at the top and grim destitution at the bottom. It's tempting to ask why if you fed your neighbors during the time of the earthquake and fire, you didn't do so before or after. One reason was that you were not focused on long-term plans—giving away thousands of pounds of meat was, of course, not profitable for Miller & Lux, but in the days after the disaster there were no long-term plans, just the immediate demands of survival. Another is social: people at that moment felt a solidarity and an empathy for each other that they did not at other times. They were literally in proximity to each other, the walls literally fallen away from around them as they clustered in squares and parks, moved stoves out onto the street to cook, lined up for supplies. They had all survived the same ordeal. They were members of the same society, and it had been threatened by the calamity.