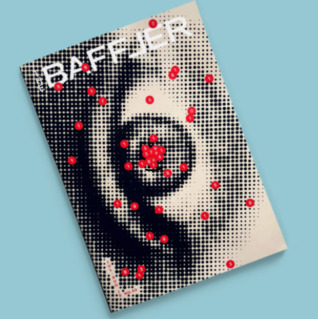 we were nothing to these companies

After the dust settled on the collapse of the economy, on my family’s lives, we found ourselves in an impossible situation: we owed more each month than we could collectively pay. And so we wrote letters to Citibank’s mysterious P.O. Box address in Sioux Falls, South Dakota, begging for help, letters that I doubt ever met a human being. We grew to accept Citibank as a detestable Moloch that we feared and hated but were made to worship. The letters began to comprise a diary for my father in particular, a way to communicate a private anguish that he mostly bottled up, as if he was storing it for later. In one letter, addressed “Dear Citi,” he pleaded for a longer-term plan with lower monthly payments. He described how my mother’s mounting medical bills, as well as Chase Bank’s collection on our foreclosed home, had forced the family into bankruptcy, which provided no protection in the case of private student loans. We were not asking, in the end, for relief or forgiveness, but merely to pay them an amount we could still barely afford. “This is an appeal to Citi asking you to work with us on this loan,” he wrote to no one at all.

[...] My father described himself and my mother to Crowley as “the poster children for this entire financial event,” by which he meant Americans who seemed to have done everything right on paper, but in doing so contributed to their own downfall. By the time he wrote to Crowley, my father was working again, but it had taken him two years to find another job for much less money. After his run of financial calamity, he knew better than to believe anything good would last. “We are in our sixties and I figure when we get to our mid-seventies life will become difficult again,” he wrote.

[...] The current monthly payments to Citi were for more than $800 a month, and we were trying to talk them into letting us pay the loan over a longer period, at a rate of about $400 a month. These terms were reasonable enough, but the response to this request was like an automated message brought to life: “We are precluded from a regulatory perspective from being able to do what you are asking,” each of the representatives said. What made these exchanges more ridiculous was the fact that Citibank was in the process of retreating from the student loan market by selling off my debt to Discover Financial, who would give us the same response. We were nothing to these companies but a number in a database. And they fully controlled our fates.

heartbreaking. reminds me of syriza's predicament