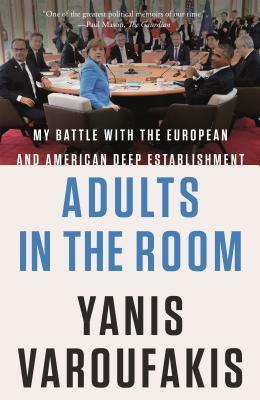 [...] Since 2010 the troika had been promising the Greeks that the silver lining to the cloud of wage cuts would be a growth in exports, as the reduction in the costs to business within Greece would increase its competitiveness. By the end of 2014 the troika and the government were on an I-told-you-so spree, along with the foreign media, financial newspapers, government and EU economists. ‘Greece posts first current-account surplus for many decades,’ they trumpeted.

Had they considered the last time Greece posted a trade surplus, they might have understood that the situation was actually awful. This was in 1943, under the Nazi occupation, when Greeks could not afford to eat, let alone import goods from abroad, but still managed to export a few oranges, a few apples and the like. In 2014 the economic collapse had produced a similar state of affairs. The sorry reason for our current account surplus was that the deepening recession had crippled imports, while exports of goods were flat despite the massive reduction in labour costs. 8 A cause for mourning had been spun as a reason to celebrate.