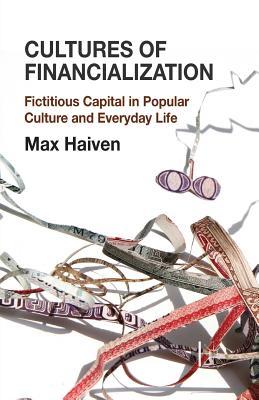 the future surplus value yet to be extracted from labour

Importantly, Marx makes the key point that a stock or bond is, in essence, a claim on the future surplus value yet to be extracted from labour. In other words, a share in BP may have a price for which it exchanges on the speculative market, but its underlying value is really a claim to a certain share of surplus value yet to be extracted from its workers as they are, in turn, compelled to exploit the planet. For Marx, the vast majority of financial wealth was, ultimately, fictitious. The price of financial assets was a hallucination, a conjecture created when multiple claims to the same underlying surplus value were sold to multiple parties. As long as all the capitalists did not seek to claim the real surplus value at once, the fictitious capital could continue to function and could, in fact, “double and triple” as promises built upon promises. Should they all attempt to exchange their fictitious capital for the assets for the material wealth or productive capacity it claims to represent, this would lead to a crisis. The full consequences can perhaps only be seen today, when, before the financial crisis, the total circulating value of over-the-counter derivatives contracts was estimated to be at least 70 times the total planet’s gross domestic product, and when in one day the volume of speculative currency transfers alone equalled the world’s annual economic output (Foster and Magdoff 2010, 58). Fictitious capital indeed

damn this is good. wish i had read it before publishing my amazon piece lol

—p.28 The Reproduction of Fictitious Capital: The Social Fictions and Metaphoric Wealth of Financialization (15) by Max Haiven 2 years, 10 months ago