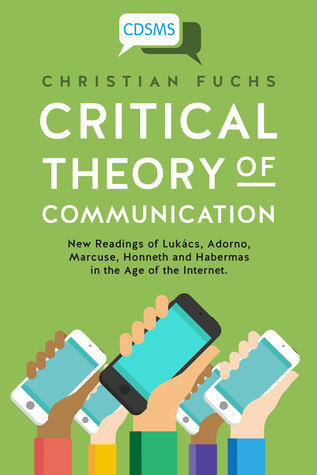 [...] Financialisation is a response to contradictions of capitalism that result in capitalists’ attempts to achieve spatial (global outsourcing) and temporal (financialisation) fixes to problems associated with overaccumulation, overproduction, underconsumption, falling profit rates, profit squeezes, and class struggles (Harvey 2003, 89; Harvey 2005, 115). The ideological hype of the emergence of a ‘Web 2.0’ and ‘social media’ that communicated the existence of a radially new Internet was primarily aimed at restoring confidence of venture capital to invest in the Internet economy. The rise of Google, Facebook, Twitter, Weibo and related tar- geted advertising-based platforms created a new round of financialisation of the Internet economy with its own objective contradiction: in a situation of global capitalist crisis corporate social media attract advertising investments because companies think targeted advertising is more secure and efficient than conventional advertising (Fuchs 2014c). Financial investors share these hopes and believe in social media’s growing profits and dividends, which spurs their investments of financial capital in social media corporations. The clickthrough-rate (the share of ads that users click on in the total number of pre- sented ads) is however on average just 0.1 per cent (Fuchs 2014c), which means that on average only one out of 1,000 targeted ads yields actual profits. And even in these cases it is uncertain if users will buy commodities on the pages the targeted ads direct them to. [...]

this goes a little off the rails, lol, but he is getting at something interesting about how it's the belief in targeted advertising that keeps these companies paying for it (hence propping up its value) even if it's not always possible to attribute. otoh, it does have a measurable effect ... so yeah idk what he's getting at exactly but the link between financialisation and targeted ads is worth pondering