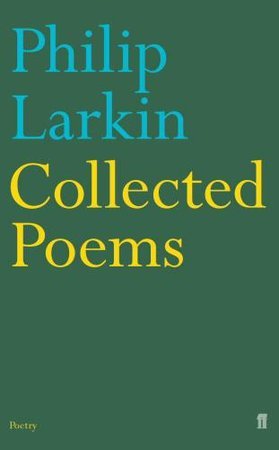 She kept her songs, they took so little space,
The covers pleased her:
One bleached from lying in a sunny place,
One marked in circles by a vase of water,
One mended, when a tidy fit had seized her,
And coloured, by her daughter---
So they had waited, till in widowhood
She found them, looking for something else, and stood

Relearning how each frank submissive chord
Had ushered in
Word after sprawling hyphenated word,
And the unfailing sense of being young
Spread out like a spring-woken tree, wherein
That hidden freshness sung,
That certainty of time laid up in store
As when she played them first. But, even more,

The glare of that much-mentioned brilliance, love,
Broke out, to show
Its bright incipience sailing above,
Still promising to solve, and satisfy,
And set unchangeably in order. So
To pile them back, to cry,
Was hard, without lamely admitting how
It had not done so then, and could not now.

from my GR review:

this one starts off on a light and even sweet note that leaves the reader wholly unprepared for the chilling brutality of the last few lines. This might actually be my absolute favourite.