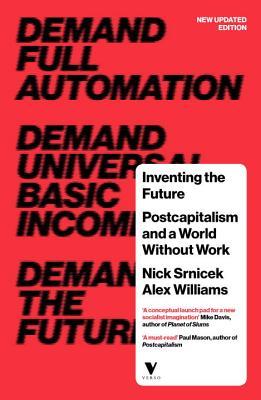 the best utopias are always riven by discord

a post-work world may generate immanent dynamics towards the rapid dissolution of capitalism, or the forces of reaction may co-opt the liberated desires under a new system of control. Concerns about the risks of political action have led parts of the contemporary left into a situation where they desire novelty, but a novelty without risk. Generic demands to experiment, create and prefigure are commonplace, but concrete proposals are all too often met with a wave of criticism outlining every possible point at which things might go wrong. In light of this dual tendency – for novelty, but against the risks inherent in social transformation – the allure of political ideas celebrating spontaneous ‘events’ becomes clearer. The event (as revolutionary rupture) becomes an expression of the desire for novelty without responsibility. The messianic event promises to shatter our stagnant world and bring us to a new stage of history, conveniently voided of the difficult work that is politics. The hard task ahead is to build new worlds while acknowledging that they will create novel problems. The best utopias are always riven by discord.

This imperative runs in opposition to the kind of precautionary principle that seeks to eliminate the contingency and risk involved in making decisions. On strong readings, the precautionary principle aims to convert epistemic uncertainty into a guardianship of the status quo, gently turning away those who would seek to build a better future with the imperative to ‘do more research’. We might also consider here that the precautionary principle contains an almost inherent lacuna: it ignores the risks of its own application. In seeking to err always on the side of caution, and hence of eliminating risk, it contains a blindness to the dangers of inaction and omission. While risks need to be reasonably hedged, a fuller appreciation of the travails of contingency implies that we are usually not better off taking the precautionary path. The precautionary principle is designed to close off the future and eliminate contingency, when in fact the contingency of high-risk adventures is precisely what leads to a more open future [...] Building the future means accepting the risk of unintended consequences and imperfect solutions. We may always be trapped, but at least we can escape into better traps.

this is great and weirdly DFW-esque