Showing results by Alex Press only

So while it’s true that many Trump voters do express higher rates of racist or sexist views, this shouldn’t be the end of the conversation. People don’t have pre-packaged ideological beliefs. Their ideas are rooted in an ambiguous set of experiences open to interpretation and change. 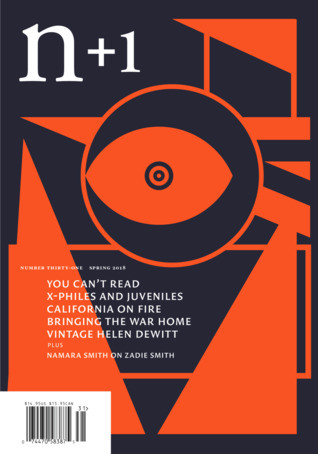 Nonetheless, tech employees have tried to unionize since the industry’s earliest years. Wolfe mentions several attempts to organize Intel in the late ’60s and early ’70s — campaigns Noyce viewed as a “death threat” to the company. The lead author of a 1976 article in Science for the People titled “Rumblings of Organizing in Silicon Valley” writes of his experience in a “unionization drive among the chemists, physicists, engineers, and technicians” of the Smith-Corona Marchant (S.C.M.) Corporation, once famous for its typewriters. As the author recounts, intense workplace pressure jump-started the campaign:

The company maintained an artificial crisis atmosphere by claiming severe urgency for almost every project . By implying a loss of job or status, the management was able to get large amounts of free overtime (“remember, you are a professional”), and justify almost constant harassment . Two fatal heart attacks of workers in their early forties occurred within one year in this small facility alone, and there were several other nonfatal attacks as well.

Though the company defeated the campaign, similar organizing drives popped up less than a decade later, as employees at Atari fought wage cuts and layoffs in the early 1980s. After all, despite tech executives’ insistence that their industry is incompatible with unions, labor organizing among scientists is common enough. Take the Society of Professional Engineering Employees in Aerospace, a union that represents more than 22,650 professionals, or the faculty and graduate-student unions that represent many white-collar professionals, many of whom go on to work in tech. Add the [email protected], a union of dues-paying IBM employees that existed from 1999 to 2016; WashTech, formed by contract workers at Microsoft; the union-like Institute of Electrical and Electronics Engineers, which boasts a worldwide membership of more than 423,000, mostly made up of electrical engineers; and the Programmer’s Guild, which “advances the interests of technical and professional workers” in IT. Taken together, these organizations make the anti-union fortress of tech begin to look less impregnable.

there is a history of organising in SV, it's not exactly one that's often passed down to people just entering the industry. where would they hear about this from? certainly not from recruiters; probably not their teachers or TAs; not from mainstream media portrayal of these companies (at least until recently). it's a niche, little-known history

you shouldn’t have gone to jail

Alex, another techie, knows the feeling. Before he became a systems operator at an ad-tech firm, he worked for Securus, which describes itself as a provider of “leading edge civil and criminal justice technology solutions”; Alex described it as “Skype for prisoners.” He has worked in the tech sector for twelve years and only lasted a few months at Securus. He recounted his time there:

There were discussions about how US policy on prison reform was going to affect our bottom line. Meetings were held as company-wide conference calls: the CFO would say, “Excellent news, we can raise the rates on our product without Justice Department interference.” They would have projections on the recidivism rate and that if it’ll remain high, we’ll expect a great year. The thinking within the company about prisoners was, “You fucked up . If you didn’t want to be exploited by our company, you shouldn’t have gone to jail; we have no moral qualms about mining you for whatever you’re worth.” I couldn’t sleep, so I had to leave.

investors unencumbered by the profit motive

But as the tech sector reaches further into every aspect of our lives, organizing tech companies needn’t be an isolated, insular project. At a company like Amazon, organizing could bring currently outsourced service workers under the company’s umbrella, as well as the warehouse workers of Amazon’s infamous just-in-time fulfillment centers. Because of their position in the US economy, these workers, if organized, could revolutionize the labor movement. An Amazon union could likewise incorporate the workers toiling on Amazon’s Mechanical Turk platform, which allows companies to outsource repetitive, often demeaning tasks — labeling photos, transcribing a minute or two of an audio file — to what is often called “artificial intelligence” but is, in reality, a population of invisible workers, including many from particularly marginalized countries, who are paid pennies. If the most advantaged of Amazon workers led the way, insisting on collective bargaining agreements that applied to everyone within the company, these denizens of the global Amazon fiefdom could be unified under one big contract.

From the baseline of a unionized tech sector, a picture emerges for the possibility of worker-owned companies, which could receive startup capital from the state (much as the military has underwritten tech’s greatest successes). As Fred put it, “changing the way venture capital works, so it isn’t four or so major firms deciding all the tech that will be funded,” will be necessary to gaining popular, democratic control over the direction of the industry. Eventually, the goal is a model of investors unencumbered by the profit motive, who fund what is socially useful, instead of more apps to extract yet more ads.

Showing results by Alex Press only